Beer on the rocks: a strong Vietnamese preference

About 75 percent of Vietnamese like to put ice cubes in their beer glasses, a survey has found.

The survey polled 682 beer drinkers, mostly in Hanoi and HCMC. 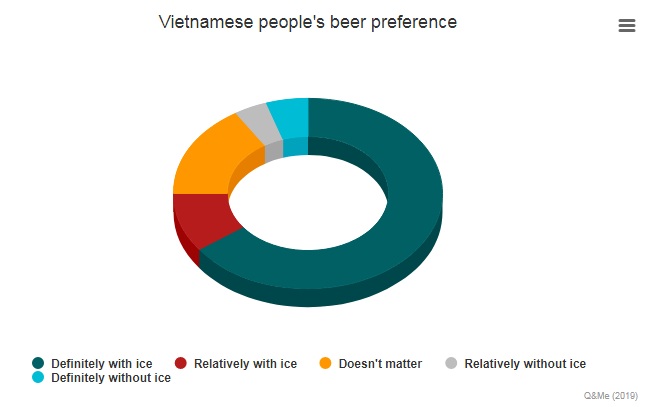 The majority of respondents, 79 percent, said they put ice cubes in their beer glasses on most occasions, while just five percent said they never do it.

The top reason Vietnamese people put ice in beer is to make it cooler, with 64 percent of respondents citing it. Meanwhile, 46 percent said they use ice to lighten the taste, while 30 percent do so to get drunk less easily.

Ice-users tend to drink more at shops that serve beer on the street, while non-ice users tend to frequent places where beer is maintained cold, the survey found. 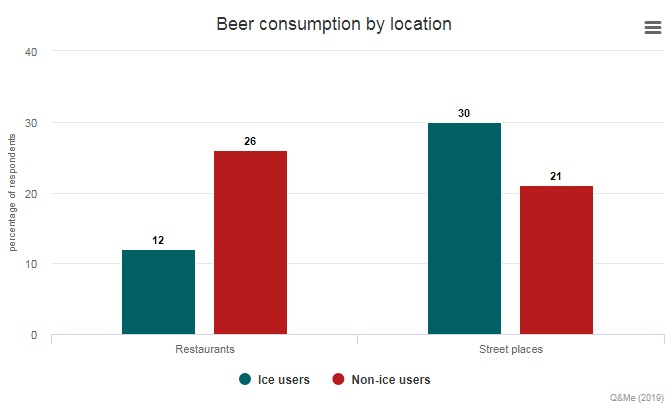 The ratio of non-ice users in Hanoi is twice as high as in Ho Chi Minh City. The Q&Me report explained that Hanoi has both hot and cold seasons and capital city residents pay attention more to sanitation, given the popularity of bia hoi (draft beer).

The survey also found that non-ice users enjoy more variety of beer brands than the ice users, at 6.9 to 5.2 brands.

However, it added, the habit of putting ice in beer has been changing of late. Thirty-seven percent of respondents said they use ice in beer less than a year ago, due to sanitary concerns over the ice.

Some of those who’ve changed their habit, 16 percent, said they don’t put ice in beer anymore in order to preserve the original taste.

The survey also found that the majority of respondents, 29 percent, drink beer most often at home and 25 percent drink beer served by stalls on the street. Only three percent usually drink at beer clubs, bars and pubs.

Heineken and Tiger and Bia Hanoi are the most consumed beer brands, with a quarter of the respondents subscribing to them. Only 11 percent said they drink Saigon Special most often, while seven percent said so for 333.